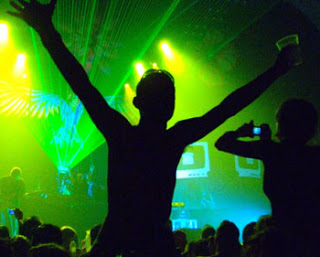 Here is a bit of recent Techno from The Black Dog for your aural pleasure this Friday.

The Black Dog released their first ep Age of Slack in 1989 and were one of the bands along with Aphex Twin and LFO, amoungst others who would be labelled by the music press as IDM (Inteligent Dance Music), a term that I always thought to be rather patronising,  as if everybody else creating dance music was thick as fuck or something, unlike all those bookish, sensitive, guitar strumming indie types.

Anyway, the Black Dog have had a couple of line ups with Ken Downie being the only constant. The other two original members, Andy Turner and Ed Handley left in the mid nineties to concentrate on their other project, Plaid. In 2001 the current line up was formed with the inclusion of Richard and Martin Dust.

The track posted comes from a remix project from earlier this year  of tracks from the Further Vexations album which was released last year on Soma Quality Recordings.