I’ve Got What You Need

Today’s tune is a scorcher of a funk record from the pen of Eddie Bo and Al Scramuzza and if I were to try to dance to this I think that I would do myself an injury.

Mary Jane Hooper hails from New Orleans and is best known for her collaborations with Eddie Bo starting around 1966 after her conversion from Gospel to the secular genre of R&B initially as a backing singer for Lee Dorsey.  I’ve Got What You Need was recorded in 1968 or 69 and released on Bo’s Power label, my 45 is a boot from a couple of years ago. Hooper or Sena Fletcher as she’s known to her family and friends bowed out of the music business in 1971. She did perform with a local band a few years later and sang on some material for Willie Tee which never saw the light of day. Amongst her other recordings is a very good version of That’s How Strong Love Is which was also released on 7″ . As far as I’m aware there is only one album called Psychedelphia which gathers together all of the singer’s sessions for Bo which the going rate  for according to Amazon is one hundred and twenty four quid. I for one are not that curious as six of the twelve tracks are instrumentals!

Mary Jane Hooper – I’ve Got What You Need Probably a bit late now but I have had another compilation posted on the excellent Cooking Up A Quiet Storm site here. It has a rather fine extended, extended version of To Ba A Lover on it. 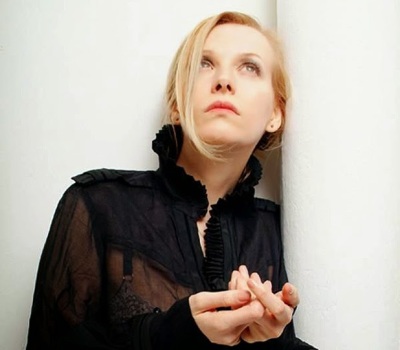 I played the album this comes from in it’s entirety last night.  It is an album that I never seem to tire of, I love the moody downbeat almost forlorn nature of it.

I found Afterglow filed under A, as you would expect,  when I was looking for Classics by the Aphex Twin but it was strange as I was sure that it was in the 12″/album box, the one to grab in emergencies. So I checked out the box and lo and behold there is another copy in there. I must have bought a copy in a charity shop or online while drunk one night. This means that I now have four copies of the album, two on cd, one being the withdrawn one with the different artwork and running order and a further couple on vinyl.

I will admit that I had a bit of a thing for Dot Allison back then.

Dot Allison – Did I Imagine You. 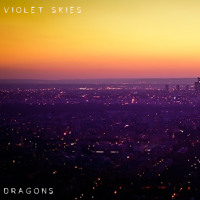 You will be glad to read that we do actually have something to feature this Saturday and it is actually rather good.

Dragons by Violet Skies reminds me of the XX and London Grammar which is no bad thing. It isn’t ground breaking but better than anything else that has popped into my inbox recently.

Here’s the PR, don’t let the mention of Sting put you off!

“‘Dragons’ is the hypnotic and captivating new track from singer-songwriter Violet Skies.

Taken from her upcoming debut ep ‘Dragons’ produced by Great Skies, is a captivating slice of two-step heaven, blending Violet’s haunting vocals with minimal electronic beats and enchanting orchestral sounds. ‘Dragons’ serves as a follow-up to the incredible ‘How The Mighty’, which debuted last year and received airplay on BBC Radio 1’s ‘Introducing’ series and was tipped by the likes of NME, The 405, Hilly Dilly and Earmilk.
Hailing from a small village in South Wales, Violet’s sound draws on her love of a range of artists from those she grew up listening to such as Joni Mitchell, Sting and Paul Simon, to the unique soundscapes of Massive Attack and James Blake.
Violet’s debut ep ‘Dragons’ is available for pre-order on iTunes and will be released on 22nd June, just days after she takes to the stage at this year’s Camden Crawl (June 20th).”

You can pre-order the ep here

Today’s track comes from a couple of hedonists Dan and John Kahuna who were as responsible as the Chemical Brothers in creating the whole Big Beat scene with their Big Kahuna Burger nights in London during the early 90s. As was often the case within the dance scene of the early 90 the DJs tried their hands at making their own music to great success.

Bright Morning White was the duo’s second release on their own label Kahuna Cuts. When I first heard the track, the string led spoken word intro hooked me in from the start, slowly building almost coming to a stop just about a minute in and then building again and again. Although not quite as frenetic as I seem to remember it being it is a track that sounded as good last night when I put it on the turntable as back in 1998.

Not got much on this weekend so I guess that I can’t avoid building a new shed door and standard any longer!

Have a good weekend people.

I took a punt on this the other week when I saw today’s record for sale. I couldn’t find it on Youtube so decided just to go for it figuring that if I didn’t and later on found out it was a cracking version of a great song I would kick myself. So when I got it home there was a fair amount of trepidation as I put it on the turntable. But relief when I found that it wasn’t a million miles away from the original, however there is a fair amount of surface noise but what else can you expect from a record dating back to 1958.

The record is a curious release Breathless is the b-side on the other is  a version of Who’s Sorry Now by Margie Shaw, a hit for Connie Francis in the same year as this version was released. I can find out nothing about either Shaw or Gootch Jackson but to be honest I haven’t tried that hard.

The Island of If 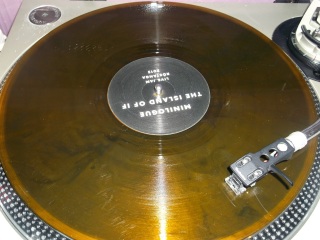 Here is as good a bit of minimal techno as you will wind anywhere which was released on the German Cocoon label earlier this year. It came out in a limited run of 500 so I don’t feel guilty about posting it and was to be the final release by the Swedish duo Minilogue. Both sides of this rather eye catching transparent brown 12″ are lengthy meandering pieces of music, the kind of thing that you can get completely lost in and according to the label were recorded live but how you could tell is beyond me.

If you like what you hear and would like to investigate further, the first album Animals would be as good a record to start with as any.

I’ve never been a huge fan of The Cure, it probably had as much to do with the fans maybe more than the actual band or the songs. Could never abide Goths, hated all that “woes me!” stuff, that fucking hunched walk, like they had the weight of the world on their shoulders and the sitting round the edge of the dancefloor in the union did my head in. It was the same with Morrissey fanboys back in the day clutching The Complete Works Of Oscar Wilde when they really should be reading Absolute Beginners, wearing fucking stretched washed out cardigans, they were teenagers for fuck’s sake and all that “I’m really sensitive and would rather have a cup of tea with than sleep with you” shit.

But I had to admit, grudgingly that both the Cure and the Smiths produced some absolutely brilliant records. This single by Mr Smith and his unmerry band is one of my favourites.

I still believe that the hole in the ozone layer would not have happened if there hadn’t been any Goths.

The Cure – a letter to elise (blue mix) 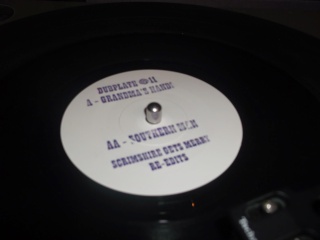 Merry Clayton was originally one of the Rayettes, Ray Charles backing singers. She sang backing vocals on Gimme Shelter and Neil Young’s Old Laughing Lady amongst others before embarking upon a solo career in 1970.  She also sang backing vocals on Lynyrd Skynyrd’s Sweet Home Alabama a riposte by the band to Young’s songs critical of the American South such as Southern Man. 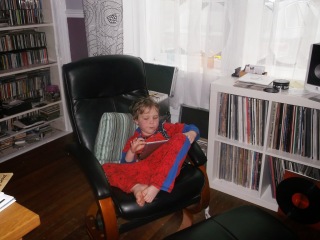 I was going to have a rant about  why would people waste over three hours of their lives watching and listening to pish music just to fill my Twitter timeline with “witty” comments with an underlying feeling of superiority but it’s Sunday and I really can’t be arsed putting in the effort. So here’s something nice by The Arrogants instead.

The Arrogants – I Guess It’s My Sweet Time

Posted in Uncategorized | Leave a comment
Across The Kitchen Table
Create a free website or blog at WordPress.com.